Like all businesses Simulator Solutions is affected by COVID-19.

Although our office and workshop efforts continue as normal, travel restrictions impact our ability to complete several projects as planned.

We will be in contact with affected customers to work with them on rescheduling affected works when the travel situation allows.

Stay safe, and best wishes to those affected. 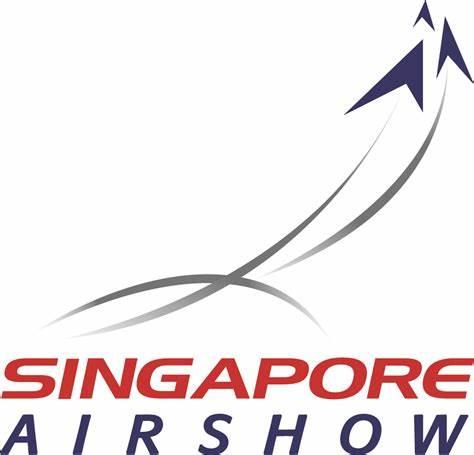 Simulator Solutions are at the Singapore Airshow!

Stop by the Australian Stand (B67) this week to discuss your integration challenges, or just to say ‘Hi’ to Rod!

At the end of November, we had a visit from Dave Jones who runs the very successful EEVBlog on YouTube. Dave, who is an electrical engineer, was very interested in SimStack and our work turning cockpits into simulators.

Dave spent several hours filming the simulator project and then some more time interviewing Rod. He produced two videos about SimStack and the work that Simulator Solutions are doing to convert an ex United Airlines 747-400 cockpit into a simulator in Sydney, Australia.

The two videos can be viewed on YouTube – the links appear below:

The SimStack Low Current Motor Driver board has been created to allow control of up to 8 small DC motors. This is a very flexible board that can find many different and innovative uses in any simulator.

Each motor can be controlled in both speed and direction as well as being commanded to freewheel and brake, depending on the requirements.

Some examples of how this new SimStack board can be used are listed below:

This SimStack board is available with traditional spring connectors or with the optional Wago 733 series pluggable connectors.

More detailed information about this new board can be found here.

This simulator has been constructed over the past 18 months from former Cathay Pacific Boeing 747-400 B-HUF and has 32 SimStack interfaces that are used to connect:

The 6 display units featured on the flightdeck are a new product produced by Concord Aerospace who also sourced many of the OEM panels and instruments to complete the cockpit. Visuals are provided by Lockheed Martin Prepar3d v4 connected to three Optoma HD projectors, and the whole simulator is connected with over 5.5 kilometres of wire in 100 looms drawing approximately 70 amps of current at peak load across multiple DC and AC supply circuits.

The aircraft avionics and flight simulation is of course provided by Aerowinx Precision Simulator 10 (PSX), and additional free community tools are used to interface with Prepar3d and provide other addon services.

Originally retired in 2014 having accumulated 102,639 flight hours and an estimated 90,000,000 kilometres of travel, the flightdeck of B-HUF has now been restored to operational status to educate and entertain for many years ahead.

Simulator Solutions have developed the SimStack Distribution board to replace the highly successful SimStack Ground Board.

The SimStack Distribution board was developed as a result of feedback from customers who found they needed to aggregate more than just ground connections. This new board has four independent voltage busses, allowing greater flexibility when building wiring looms.

This new board is available with the traditional spring connectors or optionally with the Wago 733 series connectors.

Please visit the SimStack Distribution board page for more information about the board and pricing.

SimStack boards can now be ordered from Simulator Solutions with optional pluggable connectors.

SimStack boards can be ordered with standard spring connectors, Wago 733 series connectors or a mixture of both. The Wago connectors add approximately US$25 to the cost of each board. 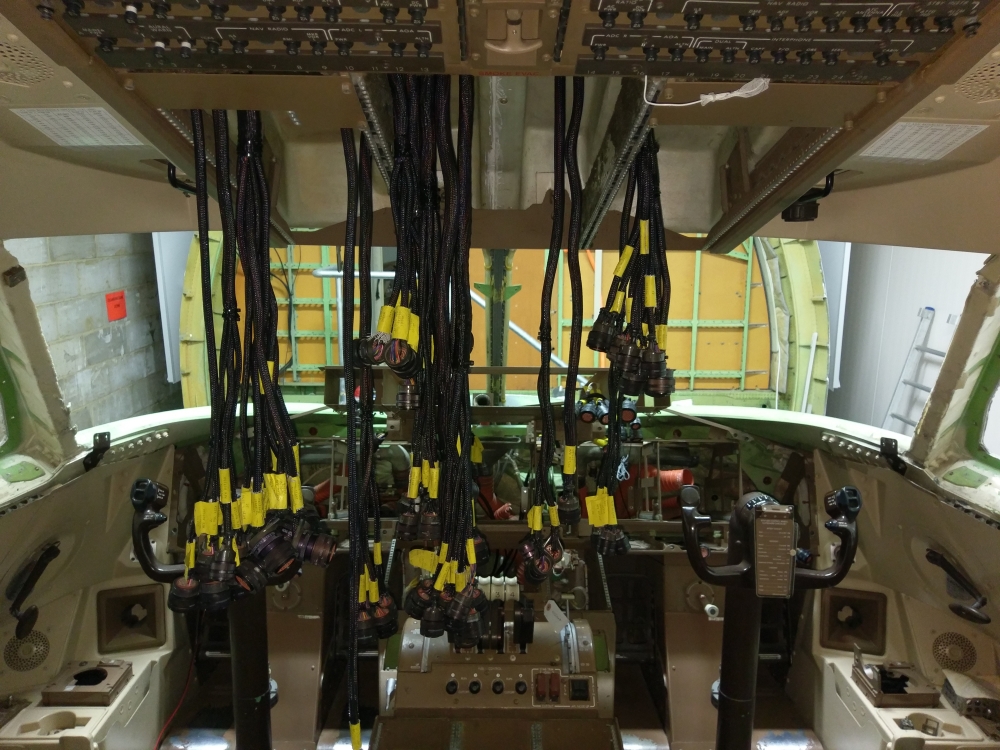 Over the last two weeks, Simulator Solutions have worked to bring a former Cathay Pacific 747-400 cockpit back to life as a simulator using SimStack and Genuine 747-400 parts.

Simulator Solutions created new wiring looms connected to SimStacks to support the genuine 747-400 parts. Once onsite we installed the wiring looms and mounted the SimStacks around the cockpit. We then installed the Overhead Panels, Main Instrument Panels and Centre Pedestal panels. In addition we installed a new DC Auto Throttle motor and connected the original Aircraft Control Synchros and Throttle Resolvers to SimStack cards.

Below are some pictures taken during the installation project in Belgium.

If you are in Orlando, FL drop by our Simulator Solutions stand to see SimStack in operation.

This is also the official launch of our new Synchro and Power Monitoring boards that provide SimStack with even more capabilities.

We also have a demonstration of SimControl, a web based control and management interface that can bring together simulator data and diagnostic information in one display that can be access from a PC, tablet or even mobile phone.

You can find us at Booth 419 in the main exhibition hall. 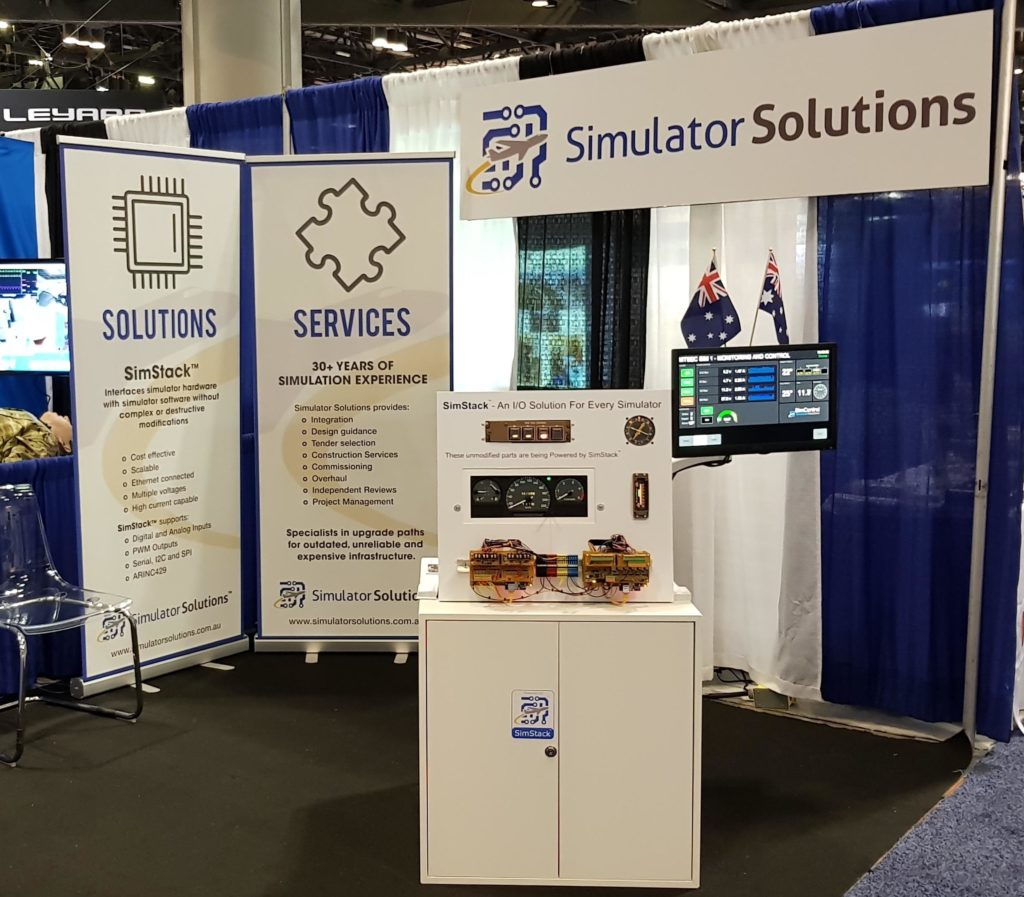 Simulator Solutions are delighted to announce that their SimStack hardware is now compatible with Bihrle Applied Research Inc’s DSix flight model development and host software.  The launch customer for this new interface is Off Planet Simulation and their new Dauphin AS365 N3 multi-crew helicopter simulator.

The ability to link the SimStack hardware interface provides a new level of flexibility for Simulator Builders, especially those who want to harness the use of genuine cockpit parts.  SimStack can interface directly with OEM aircraft hardware without the need for time consuming and expensive modifications.  Being able to use the genuine aircraft hardware greatly improves the realism of the simulator and also reduces build time.

SimStack hardware communicates with DSix over Ethernet utilising Simulator Solutions SimStack Switch software that translates hardware movement into the specific variables that DSix requires.  The use of Ethernet communications removes distance limitations found with traditional hardware and results in a single Ethernet cable being used to connect hardware to software.

For more information about the SimStack to DSix connection, please contact us.